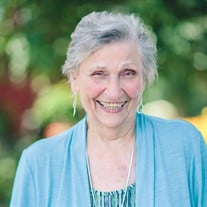 Emma Jo Evans Choate (JoJo) passed away on Friday, August 6, 2021, at her home in Lawrenceville, Georgia. She was 94 years old. She lived a long joyful life. Emma Jo was preceded in death by her husband of 23 years, Herbert Taylor Choate, nine siblings, and their spouses. She is survived by three daughters: Deborah Choate Shepherd (Donald) of Madison Heights, Michigan; Beverly Choate Dowdy (Kenneth) of Lawrenceville, Georgia; and Kimberly Choate Thames (Ted) of Lawrenceville, Georgia. She had six grandchildren: Taylor Lee Shepherd (Delaney) of New Orleans, Louisiana; Emilie Shepherd Rohrbach (Dale) of Madison Heights, Michigan; Christopher Dowdy (Lauren) of Dallas, Texas; Trevor Dowdy (Lara) of Austin, Texas; Joshua Thames (Kaitlyn) of Duluth, Georgia; and Katherine Thames Clayton (William) of Nashville. She is also survived by ten great-grandchildren: Nitaawe, Odessa, and Casio Shepherd; Sadie, Eric, and Evan Rohrbach; Silas and Abraham Dowdy; Jonas Thames and Liam Clayton; many nieces and nephews; and hundreds of friends across the country. Born Emma Jo Evans on August 26, 1926, in Dardanelle, Arkansas, she was the youngest of ten of the "yours, mine, and ours" family of her father Prince Albert Evans (Al) and mother, Lettie Brown Evans. She was baptized at the Dyer Church of Christ in Dyer, Arkansas. She graduated in 1946 from Alma High School, proud to have played basketball with the Alma Airedales. While working as a switchboard operator at Southwestern Bell in Fort Smith, Arkansas, she met Herbert Taylor Choate (Herb), a Cherokee and World War II Navy veteran from Bunch, Oklahoma. They married on November 24, 1947, in Indianapolis, Indiana. She gave birth on her twenty-second birthday to her first child, Deborah Jane (Debi). In 1952, the family moved to suburban Detroit, near Emma Jo's close-knit family members who migrated from Arkansas to work in the automotive factories. She gave birth to Beverly in 1953 and Kimberly in 1956. Emma Jo and her family became active members of the Van Dyke Church of Christ in Warren, Michigan. Through the decades, Emma Jo and Herb and the girls enjoyed rich relationships with her extended family while living in the same neighborhood on Ford Street, located near Automobile Street, in Warren, Michigan. Emma Jo went to work in 1966 at the Automobile Club of Michigan (AAA) first as a switchboard operator, then as a travel counselor, quickly becoming a supervisor. In November of 1970, her beloved Herb died suddenly from a heart attack one fall evening. She grieved deeply, but moved ahead, fired by her deep faith in Christ, building a life of power and joy. In a short hiatus from AAA, she worked from 1974 to 1976 at Harding University in Searcy, Arkansas, as a dorm supervisor and the Director of Housing. There she enjoyed getting to know hundreds of students, attending College Church of Christ, sponsoring the cheerleaders, and co-sponsoring the Ko Jo Kai Social Club. In 1976 she returned to Michigan again working for AAA as a Branch Supervisor. Over the years, she served stints at the Kalamazoo, Warren, Birmingham, Hamtramck, and Royal Oak offices. She was delighted to be an engaged grandmother to Taylor and Emilie Shepherd. She loved the fellowship of the Rochester Church of Christ for a season, eventually returning as a member to the Van Dyke Church of Christ. She hosted a young professionals Bible study for over a decade. Emma Jo became known as "JoJo" during this era. In 1993 JoJo retired from AAA. In the fall of 1994, she moved to Roswell, Georgia, residing with Ken and Bev Dowdy. She worked part-time for the AAA branch in Marietta, Georgia for a few years. She became grandmother extraordinaire to Christopher and Trevor Dowdy and Joshua and Katherine Thames. She supported their activities at Greater Atlanta Christian School and frequently enjoyed filling in at the switchboard at the school. While living in Roswell, she served with enthusiasm at East Cobb Church of Christ. For just short of two years, she moved to Memphis with Ken and Bev Dowdy and attended the White Station Church of Christ. They moved back to Georgia, and since 2008, JoJo has lived in Gwinnett County and loved volunteering at the church office, worshipping, and serving others with the Campus Church in Norcross. Through all of her roles and even as she had a great career, all who knew her can affirm Emma Jo Choate's vocation was to love God and to love others. Burial will be in a private family graveside service at Cadillac Memorial Gardens next to her late husband, Herbert Choate. The family is planning a memorial service that will be livestreamed this evening, Friday, August 27 at 7:00 PM Eastern Standard Time. It will be available indefinitely as a YouTube link. https://youtu.be/XbcllW992K8 Should friends desire, memorial contributions may be made to Georgia Agape, a family and children services organization.Georgia Agape 3094 University Drive Suite 200 Atlanta, Georgia 30341 or • Go online at www.GeorgiaAgape.org or Text “GiveAgape” to 1-888-364-GIVE (4483). In the Fund dropbox choose "Jo Choate Memorial."

Emma Jo Evans Choate (JoJo) passed away on Friday, August 6, 2021, at her home in Lawrenceville, Georgia. She was 94 years old. She lived a long joyful life. Emma Jo was preceded in death by her husband of 23 years, Herbert Taylor Choate, nine... View Obituary & Service Information

The family of Emma Jo Choate created this Life Tributes page to make it easy to share your memories.

Send flowers to the Choate family.