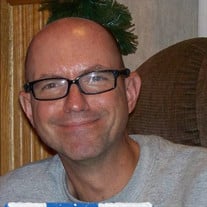 Steven Michael Kipisz - Born January 17, 1962 to Roman and Mary Kipisz. He grew up in Warren, MI and was the Valedictorian of Mott High School's Class of 1980. Steven went to Wayne State University and earned degrees in Mathematics and Computer Science. After graduation, his jobs took him to Endicott, NY, Cary, NC, and Plano, TX. Steve worked for IBM doing computer programming work. Then he transferred to IBM Federal where Steve traveled to the Gulf to work on the Navy ship's electronics during the Gulf War. Steve then moved to Plano, TX where he was a mobile communications programmer for Texas Instruments. He traveled to different countries and states working on cell phone communications. During Steve's career, he co-authored 3 books related to PC Cards and Software Development. Steve was also an avid marathon runner. He ran over 113 marathons on all 7 continents and the 50 United States. He went to many beautiful places such as Antarctica, Iceland, South Africa, Brazil, Australia, New Zealand, Ireland, Great Britain, China, and India, to name a few. In Plano, TX, he was a member of the Marathon Maniacs. He was named the "Gadget Guy" by this group. Steve was a loving brother to Joseph and his wife, Michele. He was so proud of his nephew and godson, Matthew Kipisz. Steve would make 3-4 trips a year to Michigan to visit with Joe, Michele, and Matthew. He loved building Legos with Matthew, making pierogis with Michele and talking computers with Joe. Visitation will be held at Rudy Funeral Home, 25650 Van Dyke, in Center Line, on Friday, November 16th from 2:30-8 PM with a 7 PM rosary. Instate Saturday, November 17th at 10:30 am for 11 am Mass at St. Martin De Porres Catholic Church, 31555 Hoover Rd, in Warren. Burial at Resurrection Cemetery. Share a memory or light a candle at www.rudyfuneral.com.

Steven Michael Kipisz - Born January 17, 1962 to Roman and Mary Kipisz. He grew up in Warren, MI and was the Valedictorian of Mott High School's Class of 1980. Steven went to Wayne State University and earned degrees in Mathematics and Computer... View Obituary & Service Information

The family of Steven Michael Kipisz created this Life Tributes page to make it easy to share your memories.

Send flowers to the Kipisz family.